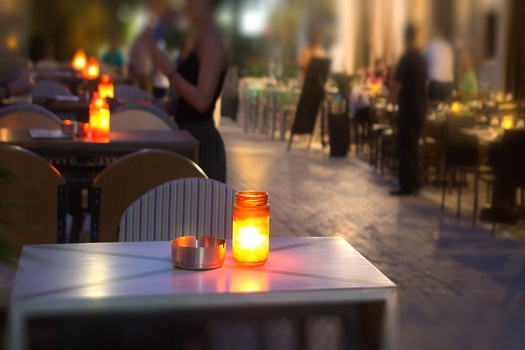 Since many San Luis Obispo restaurants are just starting to ease COVID restrictions, you may not have as many late-night dining options right now. What this means is that many of the local eateries are open in the evening but not later on into the night or early into the morning. That said, there are still some appealing nighttime spots where you can eat in San Luis Obispo. When you’re planning your vacation to SLO, book a room at a San Luis Obispo boutique hotel and check out these great places for nighttime dining.

McCarthy’s on Marsh Street is one of the watering holes in SLO that’s popular with locals and visitors alike. It’s also a spot where you can grab something to eat up until 2 a.m. Frog & Peach Pub is a downtown haunt on Higuera Street that’s also open until 2. Establishments with similar late-night hours in the SLO area include:

Flavor-rich food often makes for a great nighttime snack. If this is what you have a craving for while in San Luis Obispo, make your way to Tonita’s Mexican Food on Nipomo Street. On certain days of the week, this place serves up delicious food with generous portions as late as 3 a.m.

Located in downtown SLO, this old-school barbecue joint stays open until 10 p.m., which allows you to satisfy any later-in-the-evening hunger you may have. The tri-tip and chicken sandwiches are among the most popular customer favorites. The cilantro sauce here is also reason enough to stop by later in the day.

You can also get some locally popular sandwiches over at Firestone Grill on Higuera Street. This place stays open until 9 p.m., so it’s more of an evening dining option. However, it’s still one you’ll appreciate if you get a craving after traditional dining hours.

Head over to Foothill Plaza on Foothill Blvd. and you’ll have access to freshly roasted coffee along with an assortment of creatively prepared donuts. Curbside pickup is available daily until 12 a.m. The place is also known for its live music.

Treat yourself to delicious local pizza loaded with fresh toppings and gourmet sauce, craft beers, classic combos, or healthy salads at Woodstock’s on Higuera Street. Reservations can be made, but takeout is available. Woodstock’s is open until midnight daily, except on Fridays and Saturdays, when they stay open until 1 a.m.

If you prefer finer dining later at night in San Luis Obispo, realize “late night” typically means until 9 or 10 in the evening. Given the fact you’ll need time to actually order and eat, this means your meal would start around 8 or 9 p.m., depending on the actual closing time. Restaurants in the “fine dining” category with later evening options in SLO include:

• Giuseppe’s Cucina Rustica – An Italian restaurant that’s open until 10:30 on Fridays and Saturdays.

With such a variety of gastronomic delights to choose from in San Luis Obispo, you’ll want to stay for a few days, so reserve your room today at Sands Inn & Suites, a charming boutique hotel near San Luis Obispo. From our beautifully appointed rooms to our tranquil fountain area and heated pool and spa, we can provide you with everything you need for the perfect relaxing getaway. To learn more about our amenities and reserve your room, call us today at (800) 441-4657.

Is San Luis Obispo a Good Place to Take a Trip with Your Friends?